trivia #5: the “Affair of the Necklace” was supposed to be in the film

I remember reading ages ago on IMDB that Sofia Coppola had originally intended to include l’Affaire du collier de la reine in her 2006 film but it never made it to the screen. The website states “the screenplay briefly mentions it” but if you watch the masked ball scene, you can catch a glimpse of the girl who is clearly supposed to be Nicole d’Oliva once in the crowd and again as the party breaks up and heads towards the stairs. 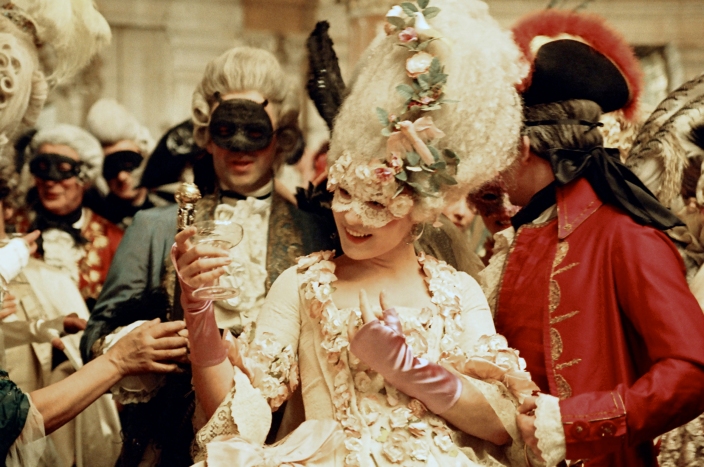 Here we see the actress who would have been Nicole d’Oliva if Coppola had included the Diamond Necklace Affair in the film as the script intended.