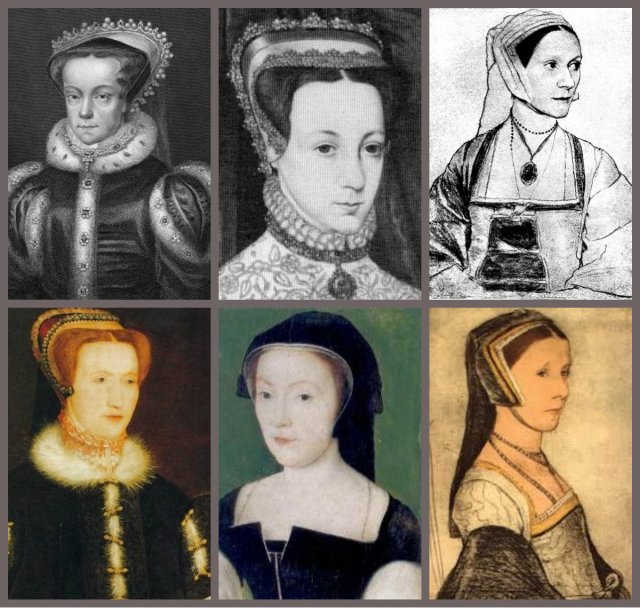 It’s name leaving nothing to the imagination, this hood had flat top yet angular sides. It is supposedly the love-child of the English Hood and French Hood. Observe the “earlier style” Cecila Heron, Saint Thomas More‘s daughter, and Anne Cressacre More, St. Thomas’ daughter-in-law, (top & bottom right) compared with the later syles of Mary I, Mary FitzAlan, (no that’s not a typo) Duchess of Norfolk and Bess of Hartwick, Countess of Shrewsberry.Those rigid earflaps that come to mind when one thinks of the French hood‘s horseshoe shape. The earflaps (god help me for a better word) recede just like the positioning of the Flat hood on the head as time goes by. Is it a subcategory of the English or French hood? We’ll call it English as the style seemed to be popular in England and nowhere else…or do I speak too quickly?

To me, Anne of Cleves is wearing a flat hood in the famous Holbein portrait sent to Henry VIII while he was still mulling the marriage over. However, the Flat hood supposedly did not become a fashion until Mary I became queen. This doesn’t explain Anne of Cleves. (I don’t draw conclusions, I just report my findings…I’m not paid for that *narrows eyes*) Was it Anne of Cleves who introduced this hood from her native land much the way Anne of Brittany introduced the French hood? This was obviously years before the reign of Bloody Mary.

It is possible Anne is wearing her own hood, known as a steuchlein. Like the gable hood it is made up of several layers, the unterhaube  (the coif/cap), the wulsthaube (padded cap), and the haube covering, the Schleiertuch. When you take a look at her, I’m surprised that Anne had so many layers going on under there. And there’s still no denying that Anne of Cleves hood bears an uncanny similarity to Mary of Guise. 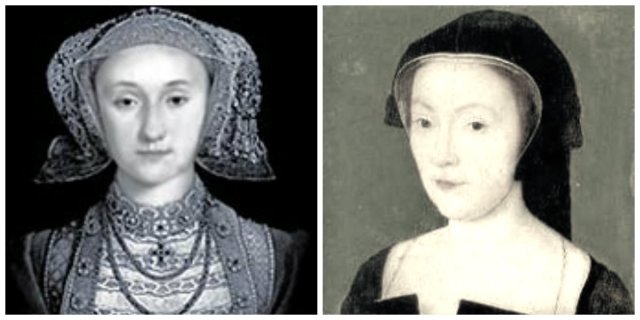