A chaplet is a wreath or garland of leaves and/or flowers worn like a coronet. Often times it is bestowed as a mark of honor or a symbol of esteem, an evolution of the Roman corrolla or corrollæ, chaplets made of the twigs of holy trees worn by the victors of sacred contests. (Think of a crown of laurels…from where the word laureate hails.) Still drawing a blank? Remember the Athens Olympics? Those were laurel corolla (aka “bay leaf” to us Americans) that the medalists wore during the ceremony. 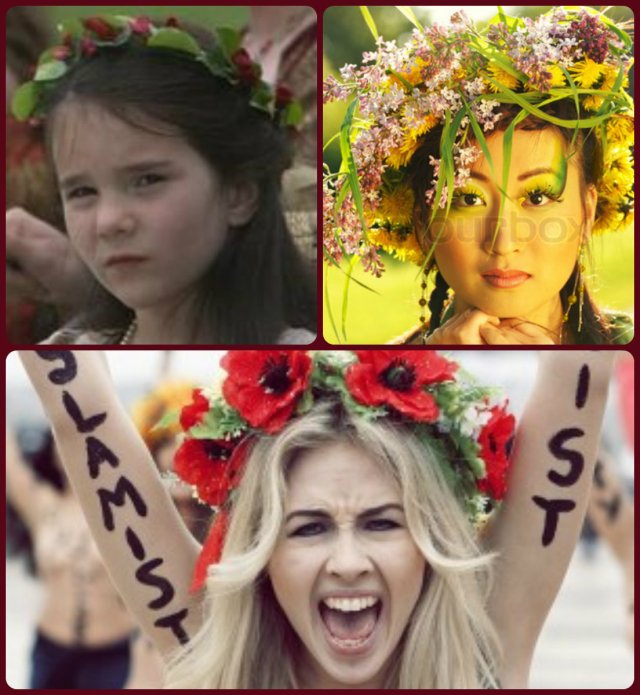 A chaplet of orange blossoms “in token of virginity” (oh snore already) was traditionally worn by first-time brides with their hair loose.  Chaplets were also popular for May Day, a left-over celebration of the pagan festival Beltane. Huge Maypoles were decorated and constructed and the young man who could climb to the top and fetch the wreath was known as the May King for the rest of the day. Similar Midsummer festivals are still held in Germany and Scadinavia; the Maypole, like the one located in Sweden below, still play a large role. 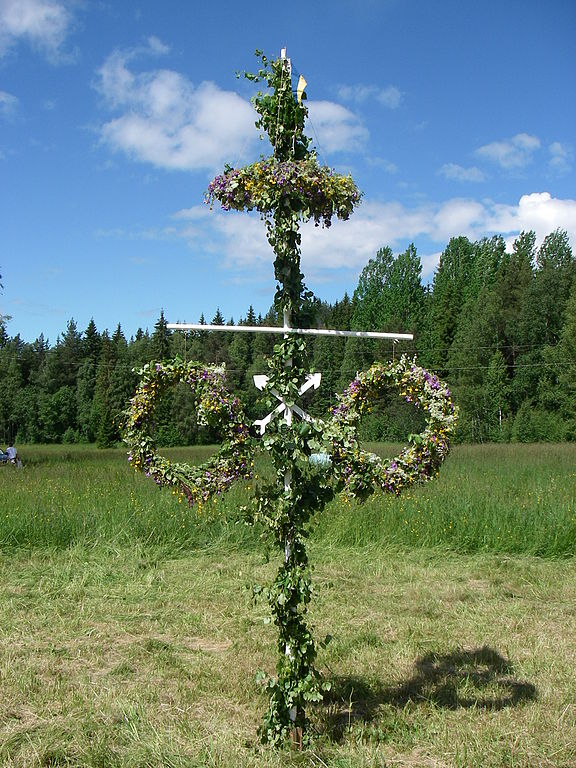 Eventually these pagan rituals celebrating fertility and the season’s turn transitioned into Christian ones. The statue of the Virgin Mary is traditionally crowned with a chaplet on her holy day which coincided with the former Beltane. Christmas still saw the wearing of chaplets until it became a “political issue” in Renaissance England. 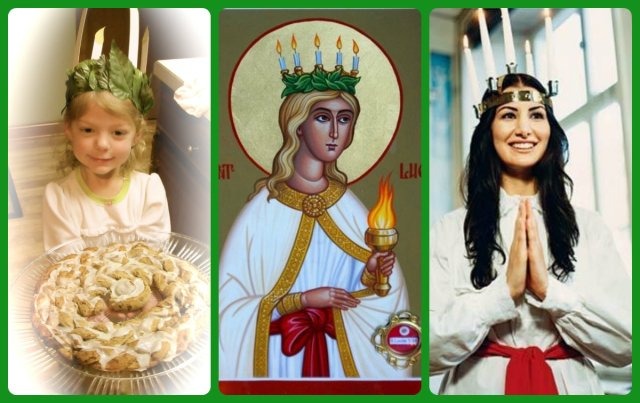 However, the chaplet is still embraced on Saint Lucy’s day in Sweden. On December 15, during the yuletide Advent season, the eldest daughter dresses as the famous saint and serves the rest of the family coffee and hot saffron buns in bed. The chaplet used to crown the “official” Santa Lucia of each town is made of bronze so it can support the candles St. Lucy traditionally wore.

The best part? Like the French hood, with some patience you can make a chaplet at home. (I wouldn’t advise pyrotechnic-supporting metallurgy at home, though.) I wonder what year this magazine is from…I’m assuming it’s not Parents Magazine given the reference to Zion in the Psalms quote in the top corner. 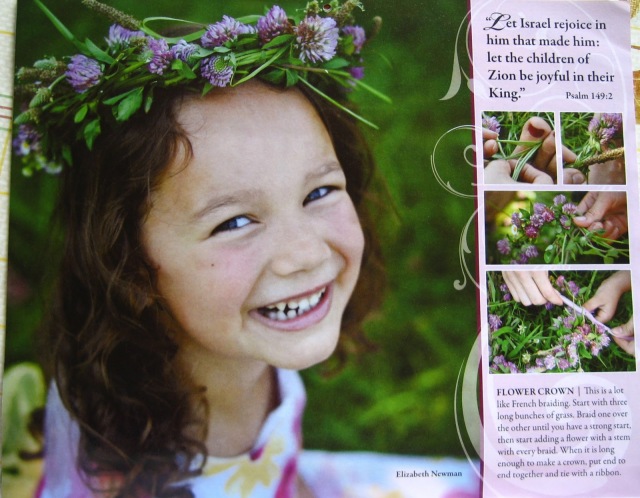