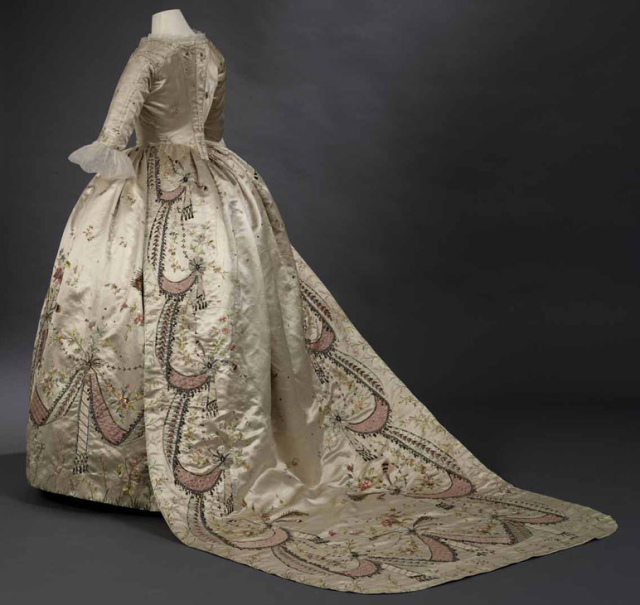 the famous “Marie Antoinette dress” at the Royal Ontario Museum in Toronto, Canada.

It is labelled “attributed to Rose Bertin.” (Antoinettophiles you know why she’s a bfd, right?) They probably couldn’t find enough documentation to prove it belonged to Marie Antoinette for a museum’s standards. That makes sense to me as well, because I’d always read the Queen’s clothes were ransacked by the blood-thirsty mobs. (It’s so cliché but the French Revolution was one of those pivotal cases where “blood thirsty” became synonymous with “mob”.)

If it is hers, they certainly got it out in wonderful shape. The ivory silk bodice looks strangely unadorned compared to the detailed embroidery on the skirt and train. The skirt has also been altered to fit over a 19th century crinoline underskirt, implying that the dress had another wearer between M@ and the mannequin in Ontario.